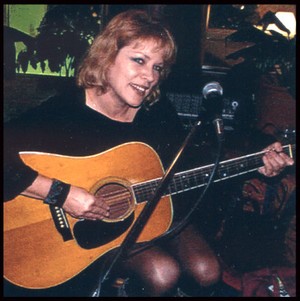 During her college years in Missouri,  Wendy loved playing at coffeehouses and other venues in before returning to New York, where she then formed the band “Paragon” with Godfrey Nelson and co-wrote songs with Lynne Robinson.

The late ‘70s/early ’80s took Wendy to Los Angeles where she played solo, duo and band gigs, and became a part of “Pickering and McClure”. The band consisted of Nigel Pickering (from “Spankie and Our Gang”) and the renowned singer/songwriter/steel guitarist Marc McClure. Some of the popular venues they played were the Palomino, The Troubadour, Topanga Canyon’s, and more. She also toured with Cecilio and Kapono, eventually co-writing with Dore Rovinsky, who is still collaborating with her.