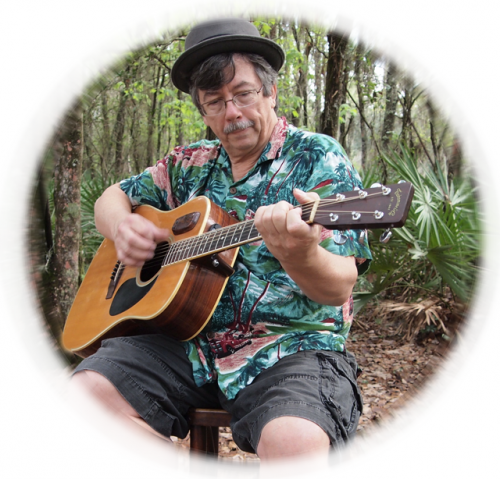 Mike is the consummate folk troubadour, born and raised in Tampa. He loves to entertain and will bring you to laughter and tears (but mostly laughter) with originals and covers of great but often obscure Americana, Folk and Classic Country songs.

You’ll enjoy selections from his vast repertoire of folk and singer/songwriter favorites.

John Papos Frassica, one of Tampa Bay’s finest folk troubadours, leads this ensemble dedicated to presenting celtic music both traditional and contemporary. Joined by Sean O’Rouke on pennywhistle , Celtic Calling will wrap you in memorable melodies and foot-stomping tunes. Get yourself primed for St. Patty’s Day in fine style with this group of superlative musicians!