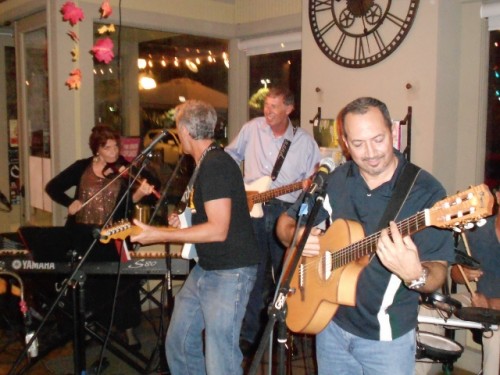 Come ring in the new year with this engaging, vivacious band whose jazz informed pop/rock sound makes for an amazing musical experience!

Dumb Blind Luck started with Bob and Cookie getting together to play songs for fun. They found out that they were both good songwriters as they worked out a number of arrangements of their compositions. Mike was recruited to play trumpet and, later, bass. Tony came along to play drums and a band was born.

They have recorded a CD titled “What’s The Deal”, available on iTunes, and a live CD “Live From Earth”.