House Concert with the Lubben Brothers 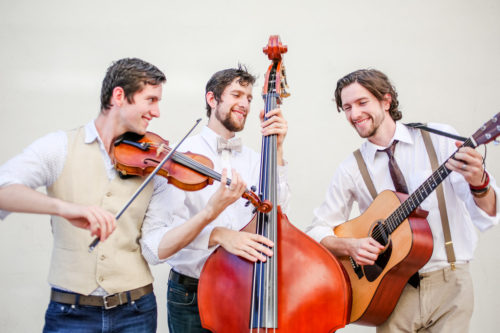 The Lubben Brothers are an acoustic trio out of West Palm Beach known for their musicianship and dynamic songwriting which combines classic American folk, complex pop ideas, and even Celtic influence to create a multi-faceted, high-energy show. As triplet brothers, their unique connection also brings a comedic and relatable personality to the stage. The Brothers’ engaging performance unites listeners by appealing to the deep rooted, American spirit within us all.

The Lubben Brothers have performed at venues such as the Meyer Amphitheater, The South Florida Fair, the Flagler Museum, and more. As the on-stage band, the brothers performed in Dramawork’s award-winning production of “Woody Guthrie’s American Song”. They have also performed as actor/musicians in the world premiere of their original musical, “The Luck of Roaring Camp,” which was produced by Palm Beach Atlantic University. Music from their two albums has aired on radio stations in Iowa, Minnesota, and Florida, including exclusive interviews on NPR’s “Folk and Acoustic Music” (WLRN 91.3, Miami), Boomer Times Radio (95.3), and WPTV. They are now in the process of releasing original singles and most recently their Christmas special, “We Wish You a Merry Christmas” (December 6th, 2019).