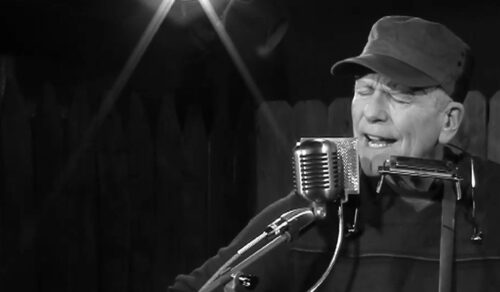 Richard once wrote and performed a few “protest songs” in the early 1970’s, but then left his songwriting idle for a while. However, semi-retirement in 2015 led to a renewed inspiration and re-immersion back into fresh contemporary musical endeavors.

Richard’s music emerges out of the Folk/Americana tradition and his original songs contain a sharp political edge reflective of his past involvement in the protest movements of the 1960’s and related struggles continuing to this day. These life changing experiences set a solid foundation for his current dedication to issues of human rights and social justice, including abuse suffered by psychiatric victim/survivors.

He follows a mantra of “Making Music to Change the World,” but insists that those efforts must avoid an “agit-prop,” or politically stilted style of writing and performing. He believes that the very best artistic creations are those that are truly “higher than life,” and nurture the best inclinations of the human spirit. His music has also been influenced and shaped by 25 years of counseling experiences in the south coast of Massachusetts, helping people whose lives have suffered from the violence of poverty and other various forms of trauma and drug addiction.

Mark “Markus” Carufel was born in Bismarck, North Dakota
He has lived all over the United States from Alaska to Florida. His musical influences come from every genre with influences ranging from Bob Dylan, Doc Watson, to the Beatles and more. Mark would describe his music as “folk-rock”. A well-crafted song with a message has always been his goal. The quest for answers to the reason for our existence is the motivation behind many of his songs and love songs fit into that quest.