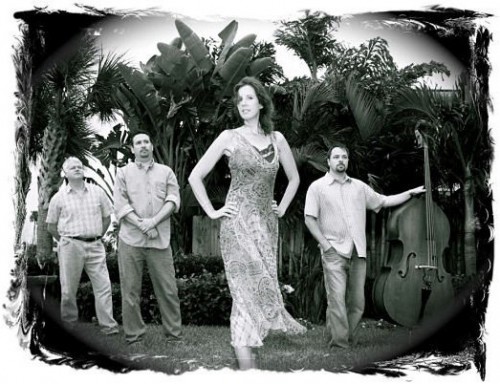 Gypsy Wind is Florida’s premiere acoustic newgrass, swing and gypsy jazz ensemble. Like gypsies traveling on the wind, this versatile band’s sound carries its listeners across borders and through time. A musical journey from the Kentucky bluegrass of Bill Monroe to the gypsy swing of Django Reinhardt to the Cosmic American Music of Gram Parsons.

Gypsy Wind has shared the playbill with such bluegrass greats as The Rice Brothers, Tim & Mollie O’Brien, Mark Johnson, The Waybacks, The Greencards and the John Cowan Band. They have opened for the legendary Norman Blake, Del McCoury, Dan Hicks and performed live with fiddle virtuoso Vassar Clements at the Florida Folk Festival.

An accomplished actor and musician, Katharine has been active in the theater scene performing in musicals throughout central Florida. We are delighted to have her come to the Farm and perform for us!