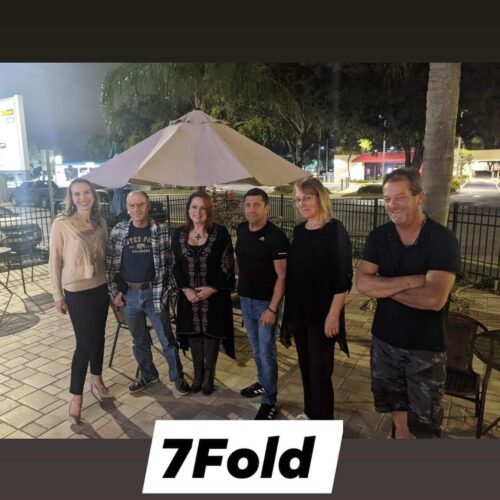 7Fold is a faith-based band.

Sherry Selier, is lead singer and song writer. Bill is lead guitarist, Mary Riggin is on keys. David Wrassman is on bass, and Frank Gomez is on drums.