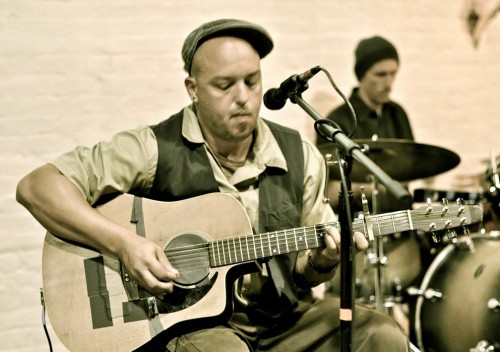 ACHO BROTHER’s debut, released in 2002 entitled ‘A Beneficio de Marvin Santiago’, became an attempt to help out puertorican salsa singer Marvin Santiago as he was fighting diabetes and was in need of an organ transplant-

ACHO BROTHER moved to the Tampa Bay Area in 2003 and in 2004 began recording their second CD ‘MONKISH’, a more subtle and introverted record that deviated from the original, more straight-ahead formula of the first. Dallas’ Unsigned The Magazine called it”..one of the best albums of the year…”.ACHO BROTHER subsequently shares the stage with Matador recording artist Jennifer O’connor and reggae icon Maxi Priest.

In 2007, ACHO BROTHER releases “Las Chicas del Volleyball”.Tampa Bay Times calls it,”Stirring and Evocative”.They go on to open up for Locos Por Juana, Apes & Androids and Los Amigos Invisibles.In 2008 Creative Loafing calls them ‘Most Innovative Artist of The Year’.Also in 2008,ACHO BROTHER is featured in Beyond Documentary’s “Un Pensamiento Cubano” by Robert Arevalo.

Check him out at https://www.reverbnation.com/achobrother Bonnie Whitehurst began her music career in the Flint, Michigan area. From age three she began to sing and play the piano. She continued to study music and acquire a variety of stringed instruments. Bonnie has two degrees in music; a bachelor’s in ethnomusicology (the history of folklore and folk music) and a master’s in music theory from USF. Ms. Whitehurst has always been a church musician for many denominations. Presently she is with Espiritu Santo Catholic Church in Safety Harbor and is also the music teacher at the catholic school. Bonnie is also the music director at the Tarpon Springs Unitarian Church. When she isn’t playing for churches or teaching music, Bonnie enjoys playing for weddings, funerals, anniversary celebrations, festivals and concerts around the state. She has 10 professional recordings of folk, holiday and original songs and many YouTube videos featuring her original music.