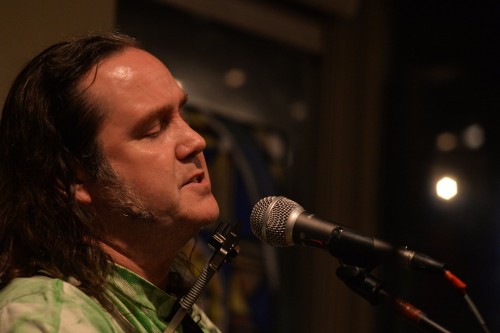 Mike is the front man for Tampa’s legendary American- Irish pub band Third Man Out which has been making the scene since the mid 1990’s.  Playing traditional Irish pub songs as well as jigs and reels, they also mix in music from more contemporary Irish bands and even some original songs.  Joining him on stage will be fellow bandmate , keyboardist Mary Martin. As a duo they’ll present  the same intensity and energy that the whole band is noted for, so get your tappin’ shoes on !

Opening the day’s music festivities is Bill Carlyon : a talented and very local singer-song writer. In fact, he likes to ride his bike to the farm on Sundays! Bill plays some favorite covers, but his passion is writing original songs influenced by a variety of genres, including jazz, blues, rock and folk.