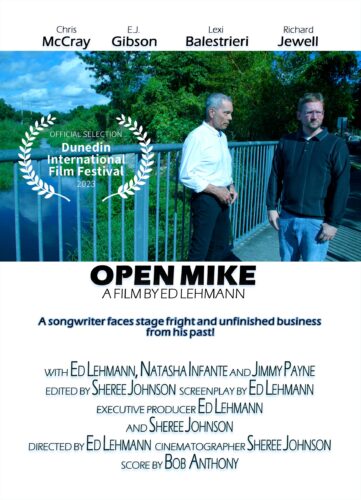 Open Mike  – a 15 minute short that was filmed right here at Sweetwater Farm – has been selected to be shown on the big screen at the Dunedin International Film Festival this coming January.

But you can get a sneak preview of the film on a slightly smaller screen during the Sunday Market on December 18th!

Come celebrate with us Sweetwater Farm’s debut in cinema!